Arthrex TightRope Procedure – Knee Surgery in Dogs Just as in the human knee, the most critical stabilizing structure in the canine knee is the cranial cruciate ligament (CCL or ACL). The primary function of the CCL is to prevent forward thrusting motion and inward rotation of the tibia during weight bearing and to prevent hyper-extension of the knee.

When the CCL is ruptured or partially torn, the abnormal, forward thrusting motion and inward rotation of the tibia during weight bearing results in an unstable, painful knee and ultimately, in debilitating, degenerative arthritic changes in the knee joint. Accurate diagnosis and prompt surgical intervention of this serious injury is the current standard of care.

The TightRope CCL technique is minimally invasive, and more cost effective in comparison to the TPLO or TTA. The data suggest that TightRope can be successfully performed in medium, large and giant breed dogs resulting in outcomes which are comparable to or better than TPLO or TTA. A MiniTightRope is also available for toy and small breeds.

The TightRope CCL counteracts the forward tibial thrust and inward rotation resulting from CCL damage, while providing optimal joint range of motion. This procedure mimics the natural cruciate ligament functions, perhaps better than any other procedure developed to date.

The TightRope Ligament is produced by Arthrex Vet Systems. It is an ultra-high strength, flat, smooth, braided, ribbon-like ligament composed of a multi-stranded long chain ultra-high molecular weight polyethylene (UHMWPE) core with a braided jacket of polyester giving it unsurpassed strength, virtually eliminating ligament breakage. The ligament provides an ultimate load of 225 lbs, approximately three times the strength of 80# nylon ligaments currently in use for CCL replacement and equivalent to the strength of the normal ligament. This procedure provides your patient an excellent option when a less invasive, less radical and more cost-effective procedure is desired by the pet owner.

TightRope is a registered product of Arthrex Vet Systems 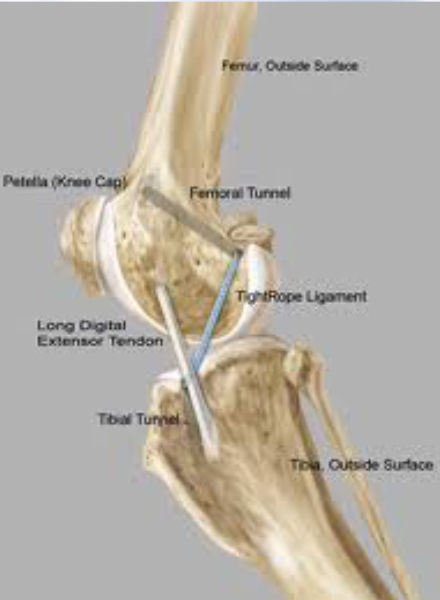 While the doctors at Bingle Vet are experienced with the Tightrope Orthopedic Surgery and other specific orthopedic surgeries, they are not Board Certified Orthopedic Surgeons  and handle surgeries on a case-by-case basis.  If you are searching for a true orthopedic surgeon, our doctors are happy to provide a recommendation during a consultation visit, or provide a second opinion on any conditions your pet may be experiencing.

Working together we can help your pet live a better life. 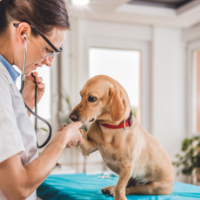 By focusing on preventive health care, you are taking an important step in keeping your friend happy and healthy for years to come. 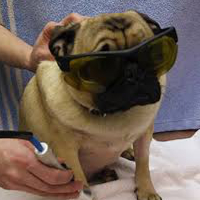 The beneficial effects of laser light on tissue were first recognized almost forty years ago. Since then, there have been thousands of studies documenting the positive effects laser light has on different types of cells, tissue, and disorders. 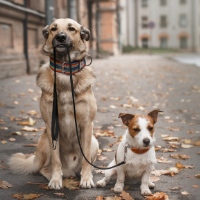 The HomeAgain® Pet Recovery Service is a safe, simple and permanent form of pet identification designed to quickly identify lost pets and reunite them with their owners. 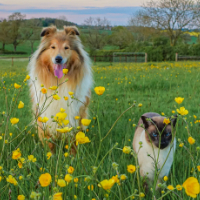 The most common sign of allergy in dogs and cats is itching, manifested by scratching, rubbing, licking and chewing. The scratching and itching that are due to allergies are always more intense than normal and may lead to varying degrees of hair loss and rashes. 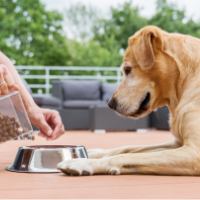 We offer a variety of veterinary-exclusive therapeutic and wellness diets for better health. Nutrition can help your pet’s body recover faster, stay healthy longer and even help defend against health issues. 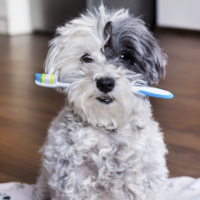 The most common dental problems dogs experience is buildup from plaque and calculus. If left unchecked, plaque and calculus buildup can eventually cause inflammation of both the gums (gingivitis) and the membrane lining of the tooth socket (periodontitis). 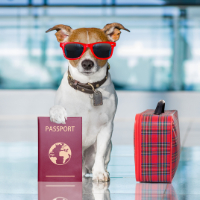 Bingle Vet has experience with helping families transport their pet(s) both domestically and overseas, to locations in Australia, the UK, the EU, South America, Southeast Asia, and many others. 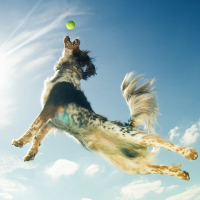 Just as in the human knee, the most critical stabilizing structure in the canine knee is the cranial cruciate ligament (CCL or ACL). The primary function of the CCL is to prevent forward thrusting motion and inward rotation of the tibia during weight bearing and to prevent hyper-extension of the knee.

For compassionate service, call us today!

We understand that your pets are more than just pets, they are family.